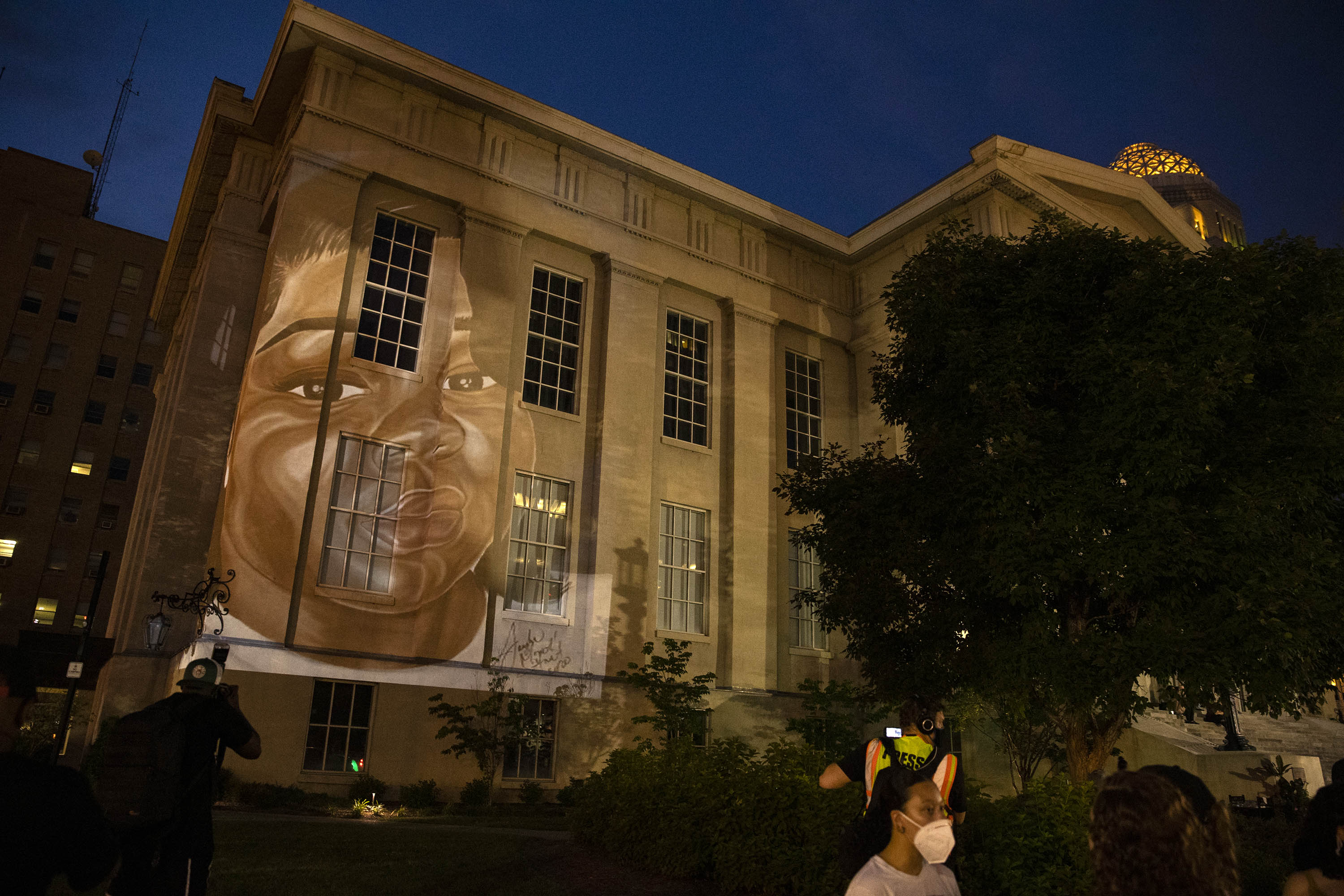 The police raid of Breonna Taylor’s home that ended with police killing her was connected to a political plan to clear a Louisville, Kentucky, street for a real estate development, according to an amended lawsuit filed by Taylor’s mother.

Taylor, a 26-year-old EMT, was shot eight times after police broke down the door to her apartment while executing a nighttime, no-knock warrant in a narcotics investigation on March 13. Her mother filed a wrongful death lawsuit in April against the officers involved: Brett Hankison, Myles Cosgrove and Jonathan Mattingly.

The Louisville Metro Police Department has since fired Hankison, one of the officers who fired into the apartment.

The amended lawsuit, filed Sunday in Jefferson Circuit Court and obtained by CNN, said her death was the “culmination of radical political and police conduct.”

LMPD declined comment to CNN via email, citing the ongoing investigation and pending litigation. CNN has also reached out to Hankison and his attorney for comment.

Police were used in an effort to vacate homes on Elliott Avenue for a “high dollar” real estate development, including new homes, a café and an amphitheater, according to the lawsuit.

“One of the primary roadblocks to this unit and the real estate development project was an ex-boyfriend of Breonna Taylor, who rented a home on Elliott Avenue,” the lawsuit alleges.

Taylor lived on Springfield Drive, more than 10 miles away from Elliott Avenue, but a car registered to her had been seen several times at a suspected drug house on Elliott Avenue, being driven by two individuals who had also been tracked to her residence, according to a police affidavit.

LMPD created a squad dedicated to prioritize Elliott Avenue and, the suit claims, focus on areas needing to be cleared for development projects to proceed.

According to a police affidavit, police said a man was shipping drugs to Taylor’s apartment to avoid detection of a trafficking ring.

The search warrant authorized the police to search Taylor’s apartment, two vehicles, and three people, including Taylor, and to seize, among other things, drugs and drug paraphernalia, money, safes, weapons, documents and computers.

The warrant did not specifically connect Taylor to any alleged drug activity.

The lawsuit claims Taylor was woken up by officers knocking and she asked the intruders to identify themselves, which they allegedly did not do before breaking into the home.

At the time of the raid, officers knocked several times and announced they were police with a search warrant, Lt. Ted Eidem, of the police department’s Public Integrity Unit, said in a news conference March 13.

Taylor’s boyfriend, Kenny Walker, allegedly fired a single gunshot at the ground as a warning, assuming the house was being broken into or robbed, according to the lawsuit. The LMPD, including the defendants, responded by firing “dozens upon dozens of gunshots into Taylor’s home, adjacent homes and adjacent properties,” the lawsuit claims.

The lawsuit says she “fought for her life for more than five minutes before finally succumbing to her injuries.”

‘Gross mischaracterization of the project’

Mayor Greg Fischer is mentioned in the lawsuit but is not a defendant. The lawsuit claims that Fischer wanted to incorporate large-scale development in west Louisville to leave a visible legacy for his time in office, which is currently set to expire in January 2023. A recent development initiative, called Vision Russell, intends to redevelop the Beecher Terrace public housing complex. The lawsuit says the effort has stagnated for six years.

Vision Russell’s website refers to itself as a Choice Neighborhood Initiative project designed to “implement a dynamic and transformative plan for the Russell neighborhood, including the Beecher Terrace public housing development.”

Representatives with the Vision Russell initiative did not return CNN’s request for comment.

In a statement provided to CNN, Jean Porter, the communications director for Mayor Fischer, referred to the allegations against the mayor as “outrageous” and “without foundation or supporting facts.”

Porter said the allegations insult years of work to revitalize west Louisville neighborhoods. Porter said Vision Russell is just part of the mayor’s effort in those neighborhoods, citing the mayor’s commitment to support $1 billion in projects, including a new YMCA, the Cedar Street housing development, new businesses and down payment home ownership assistance.

Mary Ellen Wiederwohl, the chief of Louisville Forward, which serves as the city’s economic and community development arm, said in a statement that the lawsuit’s account is a “gross mischaracterization of the project.”

“The work along Elliott Ave is one small piece of the larger Russell neighborhood revitalization and stabilization work we’ve been doing for years, including the transformation of Beecher Terrace through Choice neighborhoods grants,” she said.