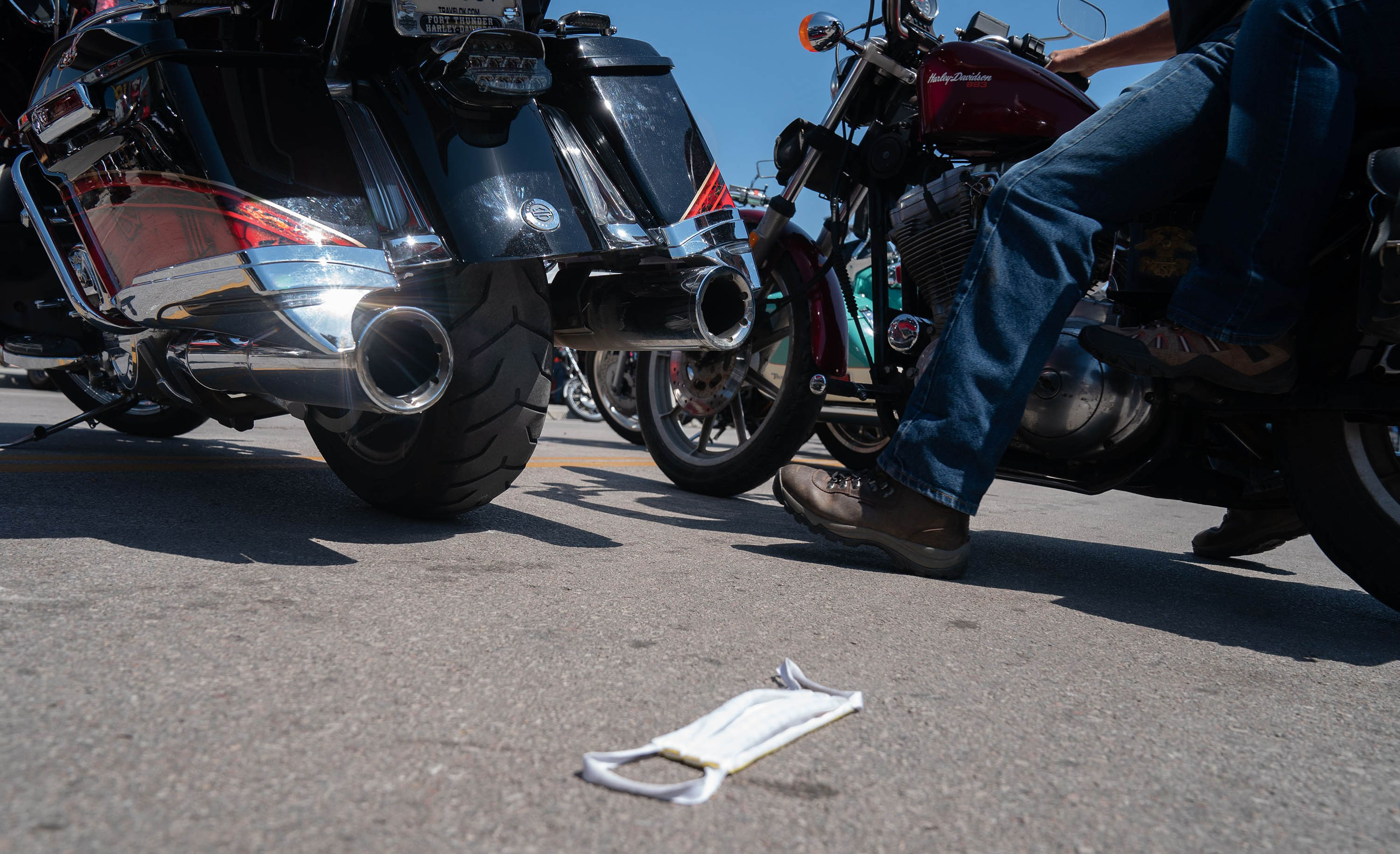 More than 70 Covid-19 cases have now been linked to an event that drew thousands of tourists to a small South Dakota city earlier this month, CNN surveys of state health departments show.

The annual Sturgis Motorcycle Rally is a 10-day event that usually brings about 500,00 people to the city. This year, the rally attracted attendees on more than 460,000 vehicles, according to the state’s transportation department.

Experts feared the rally, which drew people from all over the United States — including coronavirus hotspots — had the potential to become to become a spreading event, not just in the state but across the country.

Sixty-one percent of counties in the US have been visited by someone who was at Sturgis, Camber Systems, which collects and analyzes cell phone activity for health researchers, told CNN.

At least 35 infections in Minnesota were tied to the rally, according to Kris Ehresmann, the Infectious Disease Division director at the Minnesota Department of Health. Of those cases, at least two people said they either worked or volunteered at the event. One person was hospitalized and released after a few days, Ehresmann said.

In Nebraska’s panhandle region, at least seven cases have been linked to the rally, Kim Engel, the director of the Panhandle Public Health District, told CNN in an email.

Seventeen cases have been associated with the rally in North Dakota, while cases have also been reported in Wisconsin, Montana and Wyoming.

Prior to the event, officials in the city told CNN they offered offered health recommendations to vendors and businesses — including capacity limits and social distancing — as they prepared for the crowds, but none of the safety measures were legally enforceable. Meanwhile, campgrounds just miles from the city hosted their own festivities, which included races, contests and packed concerts.

In a survey that was sent out by the city weeks before the event, a majority of residents opposed holding the rally on its scheduled date, but officials opted to move forward because they felt there was no way to stop the crowds that were planning on coming, city manager Daniel Ainslie previously told CNN.

“As a city, there’s nothing we could do, we’re not able to put up roadblocks and say, ‘You can’t come in,'” he said. “And it was quite obvious that we were going to have a lot of people here, even if we didn’t call it the rally. The issue is if we did not officially sanction it as a rally, then we would not be able to prepare for it.”